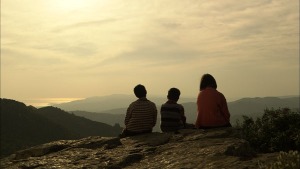 Why is a film set in a remote, subsistent Turkish village with a threadbare narrative my favourite film of the year? It is in the way in which it transcends its location, its characters and its events to touch on more broadly universal themes: life and death, love and hate, responsibility and neglect, fathers and sons, mothers and daughters, as well as the confusions and pains of growing up. The film’s structure, based on the five daily Muslim calls to prayer, sets the rhythms of religious ritual against the larger rhythms of the natural world – are they entirely compatible?

In some senses, the film is a piece of sheer escapism – the cinematography rapturously capturing the spectacular terrain of coastal Turkey. But to my mind what makes it special is how it frames its universal themes, without recourse to any form of closure, and uses them to allow us to reflect on our own lives, the fleeting nature of both joy and pain, and the fear of the inevitable march of time but also taking comfort in life’s natural rhymes and seasons. A slow burner, yes, but the film which most captured my heart and imagination this year, and so my Film of 2008.